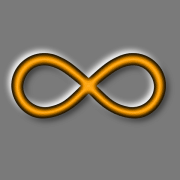 This SocialChat touches the heart of Enterprise 2.0: Why is it challenging to share best practice? Once again, we had an interesting crowd together exchanging ideas at our internal microblogging channel. Read my share top down: